Hadoram Shirihai is amongst the most influential ornithologists on the current international scene. His published works “The Birds of Israel (1996)”, “Sylvia Warblers (2001)”, “Whales, Dolphins and Seals (2006): a field Guide to the Marine Mammals of the World” and “A Complete Guide to the Antarctic Wildlife (2007)” constitute first order landmarks on natural history bibliography. On the occasion of the 2nd edition of the Delta Birding Festival (Tarragona), where he was invited to give a lecture about the re-discovery of several previously considered extinct Oceanic petrels, Hadoram has travelled extensively throughout Spain. His main goal was to photograph autumn plumages of certain target species to illustrate his forthcoming book projects. 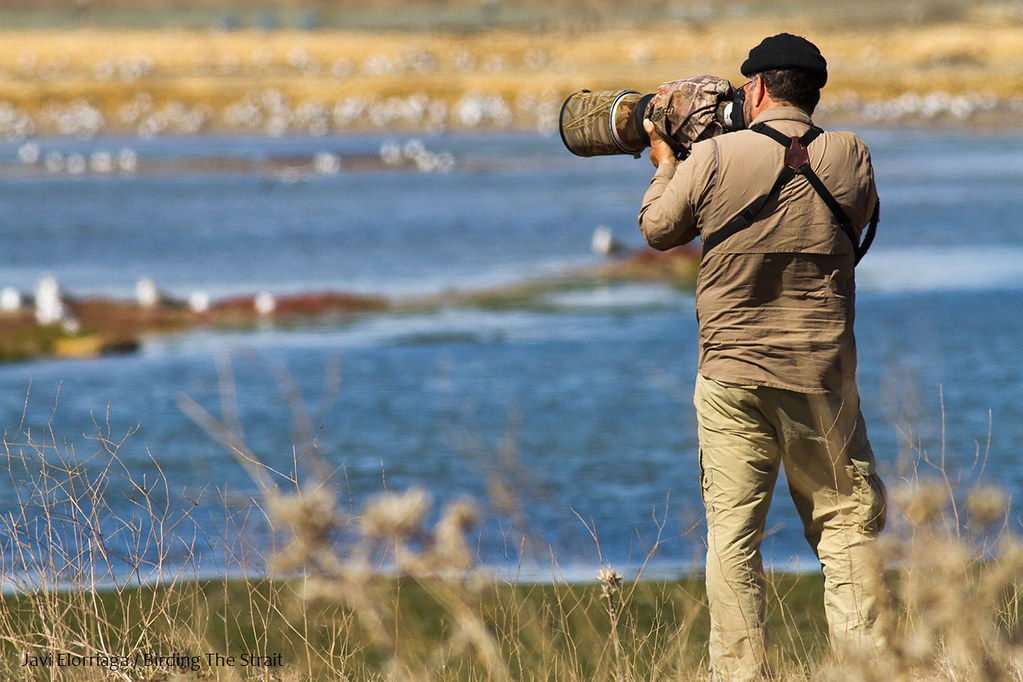 Birding The Strait has been pleased to organize a tailor-made 5-day tour in Andalusia, covering Doñana Natural Park, Serranía de Ronda and, of course, the Strait of Gibraltar. The highlights of these fully enjoyable days of non-stop birding included the aerial displays of immature Spanish Imperial Eagles, a late brood of Red-necked Nightjar, up to 12 showy Black Wheatears and 2 unexpected Lesser-spotted Eagles, to name but a few.

In addition to this we have enjoyed some of our local specialities such as the Northern Bald Ibis, Rüppell´s Vulture, “Gibraltar Buzzard”, Common Bulbul, and large numbers of Marsh Harriers, Booted Eagles and Short-toed Eagles on migration. Hear him talk about the vicissitudes of his world expeditions in search of some of the least known birds on the planet and exchanging views on several ornithological aspects has been a unique and fully inspiring experience.